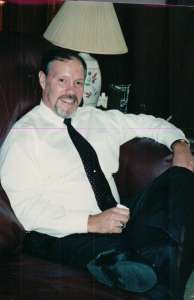 David received his Bachelor of Science degree from the  US Naval Academy in Annapolis, MD in 1975. Upon leaving the active military service as a Captain in the Marine Corps, Dave entered seminary for ministerial training in 1981 and gained his Master of Divinity degree from  Southeastern Baptist Theological Seminary in 1984. He remained in the USMC Reserves until after Desert Storm in the late 80’s, when he resigned his military commission, with the rank of Major.

Since his retirement, Dave has enjoyed spending time with his wife, Claudette, also retired. He is an active presence in the lives of his children, Joshua (Melinda) and Jennifer, and his five grandchildren–Nate, Phil, Andre, Sammy, and Annie–and enjoys nothing more than being with them.

Dave and Claudette maintained their membership at Crestwood after Dave retired.  They remain active in the church, and Dave still participates in weekly prayer time and does some preaching and teaching as requested by Pastor Webb.

Dave was awarded the title Pastor Emeritus by the Crestwood family in October of 2019.